The Cains Celebrate 70 Years of Marriage at Arcadia Gardens

Home The Cains Celebrate 70 Years of Marriage at Arcadia Gardens

The Cains Celebrate 70 Years of Marriage at Arcadia Gardens

“The secret ingredient to staying happily married for 70 years is a good husband,” says Barbara Cain who recently celebrated her 70th Anniversary with husband Joseph at Arcadia Gardens.

Joseph, a retired dentist, and Barbara, a retired dental hygienist, met in the Navy during World War II. They raised five well-educated children. They have four boys, all dentists, and a daughter who teaches Spanish.

Barbara says Joseph gave her a memorable gift when he retired from dentistry. They set sail for a 90 day cruise around the world! Barbara loves to tell the story of how she planned the trip and how it was a great way to celebrate retirement.

Barbara adds, “we have lived a great life together.” 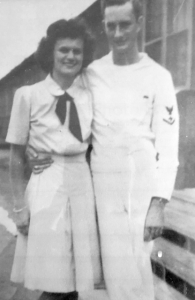 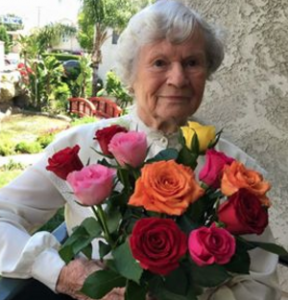 Barbara says the secret to a happy marriage is a good husband!